The Arnold Schwarzenegger Timepiece That Started a Watch-World Trend

The watch’s star turn in the movie was catnip to young Boutros. “It wowed me and validated my passion because there were so few people who loved watches when I was growing up, in the era before the internet,” he says. The biggest difference between the original Bond Submariner worn by Sean Connery and Moore’s 5513 is the addition of crown guards on the latter. This is the much more common version of Rolex’s Sub.

Boutros, naturally, helped facilitate the sale of the exact watch used in Live and Let Die and got an up close and personal look at how movie magic was made. “It had no movement,” he says. “They fitted the inside with, like, fan blades and compressed air was funneled through a pipe that cut through into the bracelet and allowed the whole dial and bezel assembly to spin.” The caseback was also signed “Roger Moore 007.” It sold for 365,000 Swiss francs back in 2015 (roughly $375,000).

Here’s that crew-saving Omega Speedmaster Boutros noticed while watching Apollo 13. In the ‘60s, as NASA prepped its voyage to the moon, it tested a variety of watches, and only the Omega passed them all. Ever since, the Speedmaster has been etched into history in real-life NASA missions—and Hollywood reenactments of them.

The watch reappeared in Boutros’s life during a previous career, while he was working as an engineer at the firm Lockheed Martin. One of the company’s presidents played a video showing the scene from Apollo 13 and Boutros, now with disposable income, went on a search to find one for himself. “A couple of months later I would buy my first Omega Speedmaster,” he says. “It just planted the seed.”

This watch, which looks like an accessory one might unlock in Call of Duty: Black Ops, marked a historic moment in the world of watches. “​The movie End of Days comes out in 1999 and a watch that Schwarzenegger designed with Audemars Piguet becomes the first Royal Oak Offshore limited edition,” says Boutros. “It’s also the first Royal Oak Offshore had a celebrity tie-in—it ushered in a whole new direction for AP. It was such a big deal because back then Schwarzenegger was an A-list celebrity—this was a mainstream movie with a mainstream actor who collaborates with AP. He told AP, ‘I want the watch to have a black case and yellow numerals and hands, and sure enough, they did it. They made a limited edition of 500 watches.”

In the ‘90s, the world of watches were ruled by action-movie stars like the future governor of California. And because of their turkey leg-sized wrists, watches were correspondingly huge. “At the time, in the world of watches, Schwarzenegger and Sylvester Stallone had such a huge influence on the oversized watch trend,” says Boutros. “Stallone was with Panerai, Schwarzenegger with Audemars Piguet.”

Boutros says this watch helped put Audemars Piguet on the map and also gave them a successful blueprint for success they’d replicate many times over the years. Since the Schwarzenegger watch, AP has collaborated with Jay-Z, Shaquille O’Neal, and LeBron James. “Back then nobody was doing that, especially in the high-end,” says Boutros. “AP was very audacious to do it and to do something so weird: those colors, all black with yellow. They rolled the dice with Schwarzenegger on design and it worked.”

Funnily enough, one of the most famous examples Rolex GMT Masters in the world looks almost nothing like a GMT. Brando’s version, which was thought to be lost for decades, doesn’t share the metal bracelet or the signature two-tone bezel the GMT is famous for. “We believe that as soon as Brando got it—because he was a watch guy and he liked to tinker with things—he asked to have the bracelet removed,” says Boutros. “There’s hardly a trace of the bracelet having ever been attached. So we believe you immediately put it on a rubber strap and he chose a rubber strap because of spending time in [a tropical high-humidity environment like] Tahiti.” 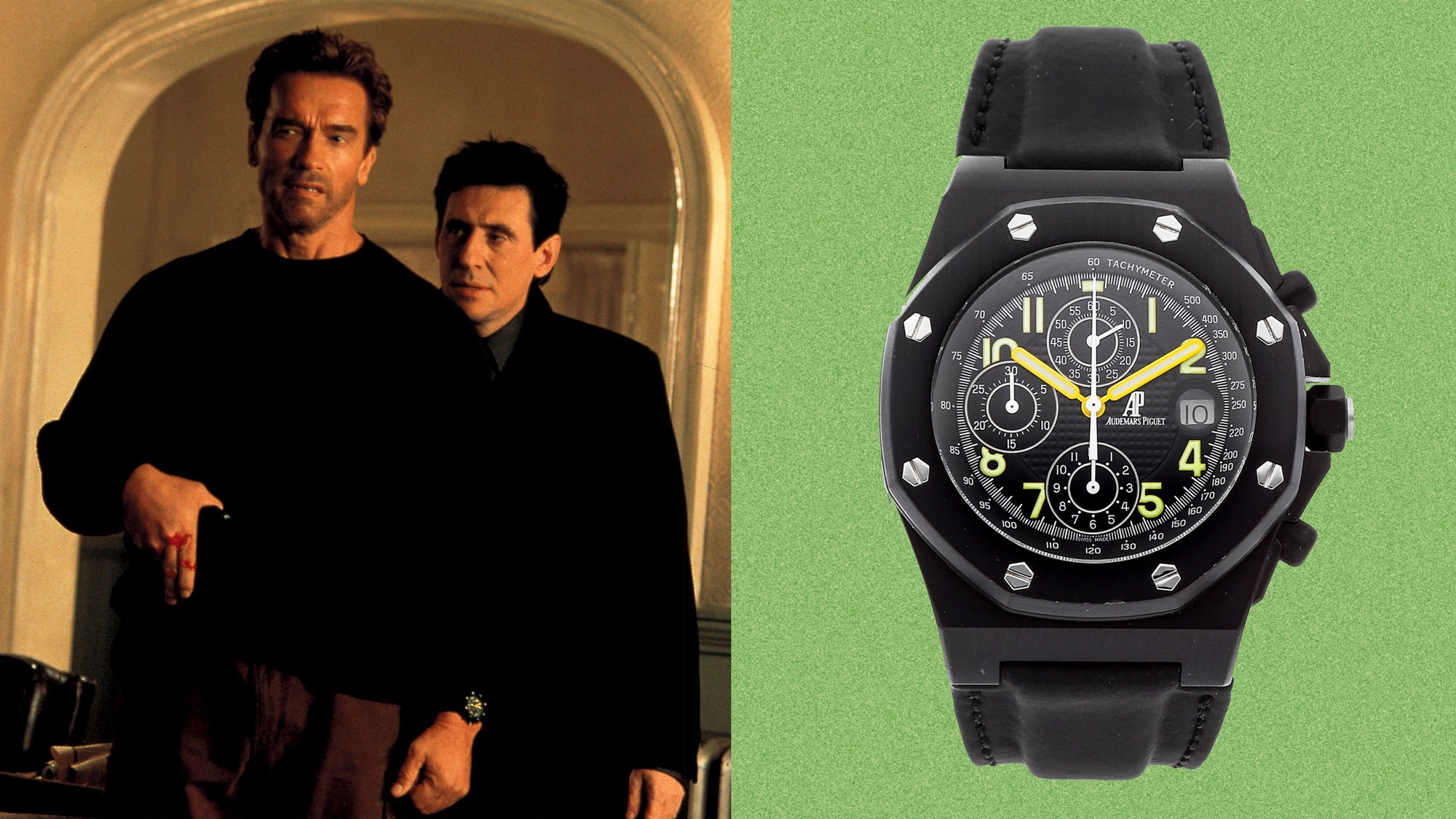