Pete Davidson’s Watch Has BDE, by Which We Mean…Beautiful Dial Energy

Welcome to Watches of the Week, where we’ll track the rarest, wildest, and most covetable watches spotted on celebrities.

A year and a half ago, during the summer of Pete Davidson and BDE, the comedian was captured by the paparazzi in an outfit I’ll forever associate with that particular wavelength of energy. He’s wearing a cotton-candy pink Thrasher T-shirt and a colorful pair of Bape’s Shark shorts (For too many guys, this used to be the absolute Everest of style). In the picture I’ll think about as I take my dying breaths, Davidson is engaged in a stretch and pushing his pelvis out. In the time since, a lot has changed for Davidson, including his Facebook Relationship Status (it’s complicated), IMDB page (he has two movies coming out this year), and his style. In his new Netflix special Alive From New York, Davidson looks all grown up in a black suit and white shirt. And to promote his new Hulu movie Big Time Adolescence, Davidson broke out a big-boy investment watch. But his Rolex Datejust straddles the line between suited and shark-shorts: his version of the classic watch comes with a cherry-red dial and a bezel lined with diamonds. Speaking of glow-ups, the new heavyweight world champ shows off a Patek Philippe and Swae Lee proves you can ice any watch out.

The beauty of Rolex’s catalog is its versatility. Sure, you can use a watch like a Rolex Daytona to time laps around a racetrack, but you can also surround the dial with a rainbow of gemstones to really get the party started. The same idea applies to Davidon’s Datejust. The model was launched all the way back in 1945 and is might be the classic Rolex watch—a timepiece that demands to be given as a gift to dad on his 50th birthday. Davidson shows the watch’s range, though: it’s a fit for 26-year-old comedians, too.

Richard Mille’s greatest accomplishment might be getting athletes from across other sports to ride hard for race car driving. Chicharito, the soccer player who fans of the U.S. national squad might recognize from their nightmares, sat courtside at the Lakers game this weekend wearing a racing-inspired Richard Mille. This 1-of-100 edition was made in 2014 for that year’s Le Mans Classic, the 24-hour race in France, and features the event’s green-and-white color scheme.

We wrote Thursday that “Miles Teller Knows That Everyone Needs a Grateful Dead T-Shirt” in reference to his outfit here. I would argue that “Miles Teller Knows Everyone Needs a Grateful Dead T-Shirt—and a Rolex Watch.” Teller is about to be everywhere promoting the upcoming Top Gun movie and this watch will serve him well over the next few months. The gold Day-Date looks perfect with a suit or tux on a red carpet—or, as evidenced here, courtside with a T-shirt.

A Patek Philippe Nautilus is exactly the watch you get your hands on after becoming the heavyweight champion of the world. The watch and the belt have a lot in common: many people are chasing both, but very few can have them.

Death, taxes, and celebrities covering their watches in diamonds: these are the only inevitables in this chaotic universe of ours. And yet, while I’ve encountered infinite examples of bust-down Rolex and Patek Philippe watches, taking the same approach to a Cartier Santos is novel. While some people, who we’ll call “haters,” might say that Cartier watches are already high-end jewelry, don’t tell that to Swae Lee.

Audemars Piguet has made great use of ceramic cases over the past couple of years. One of the brand’s hottest new releases is a stunning all-white version of the Royal Oak. Draymond Green wore the yin to that watch’s yang. The all-black version of the Royal Oak Perpetual Calendar on Green’s wrist doesn’t exactly have the same presence as its super-bright twin, but is no less cool. 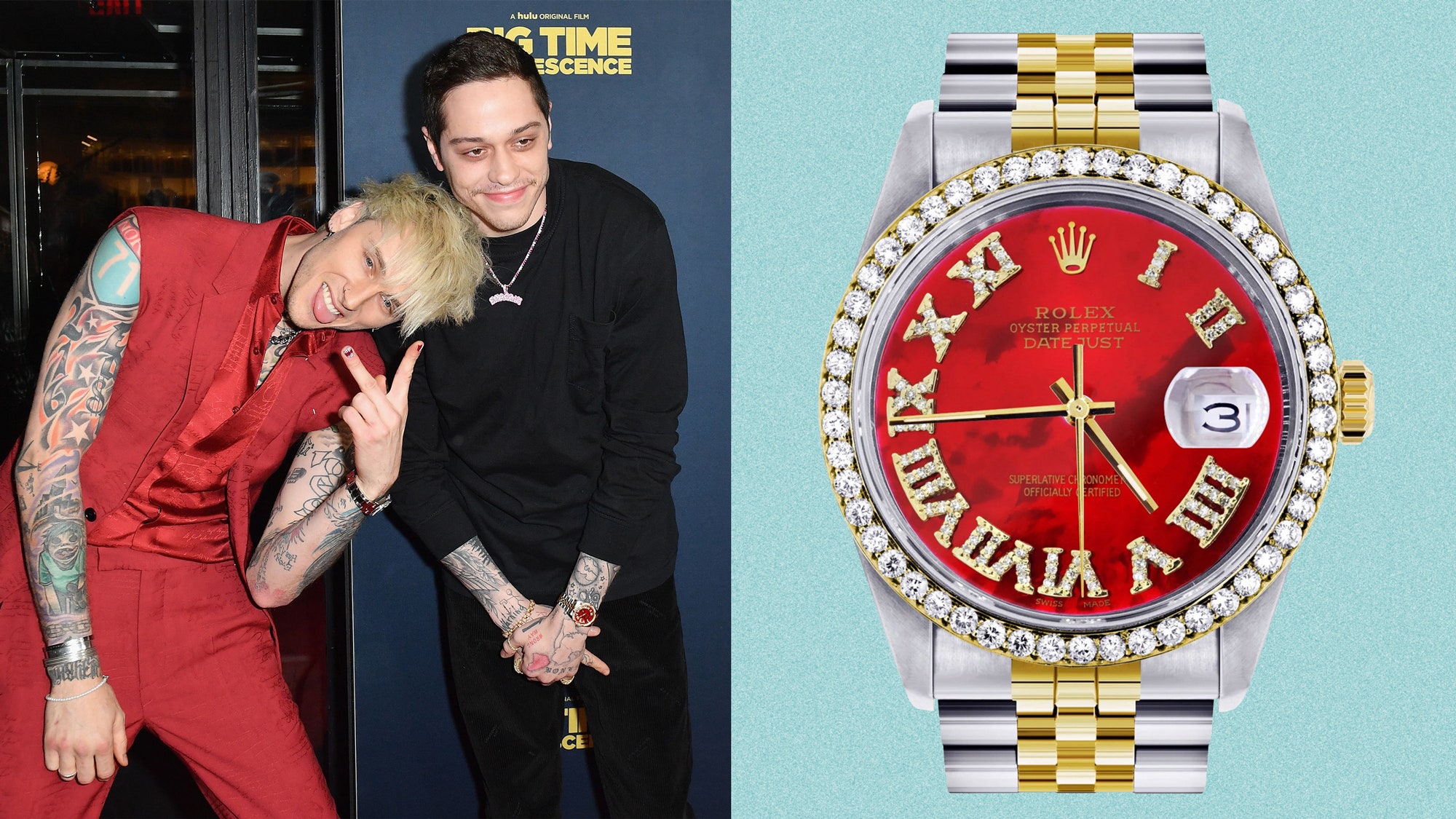